The event includes a panel discussion featuring successful women from entertainment, sports, media, and business sharing their stories, ideas and leadership tips. This inspirational and thought-provoking panel will take place on Sunday, November 13 on the Main Stage. Don’t miss it.

Kira Kosarin is a singer, songwriter and multi-instrumentalist whose classic lyricism, rich musicality, and vulnerability immediately sets her aside from the rest of the pack. It’s no surprise she’s amassed nearly 40 million fans across platforms, with no plans of slowing down any time soon. Known as a versatile musician, internet sensation, and 4x Kids’ Choice Awards nominee (and winner), Kira Kosarin is, as TeenVogue put it, “a real-life superhero”. After wrapping on her hit TV show The Thundermans, Kira returned her focus to her childhood dream: being an artist and has since released several projects met with critical acclaim.

Alyssa Tillery serves as the President of CSI Companies’ Healthcare IT division. A highly collaborative leader, Alyssa draws from over a dozen years of experience in the Healthcare IT industry and her roles in operations, project management, and human resources to advise healthcare organizations as they navigate a changing IT landscape. A graduate of Augustana College with a degree in Biology, Pre-Medicine, and a focus in Biochemistry, Alyssa has devoted her professional career to the healthcare industry. Her early interest in clinical research and patient care led her to the exciting world of healthcare technology. Professionally, she has held roles spanning the client, consulting, and vendor sides of healthcare software implementations. Joining CSI in 2017 as Vice President of Professional Services, Alyssa partnered with clients to develop tailored solutions to business problems and oversee the strategic delivery of projects. Now as Division President, Alyssa leads a team of nearly 60 talented staff as they shape strategies to meet the evolving workforce needs of healthcare organizations nationwide.

Maj. Gen. Alice W. Trevino serves as the Deputy Assistant Secretary for Contracting, Office of the Assistant Secretary of the Air Force for Acquisition, Technology and Logistics, Washington, D.C. She is responsible for all aspects of contracting relating to the acquisition of weapon systems, logistics, operational and enterprise efforts for the Air Force and provides contingency contracting support to the geographic combatant commanders. She leads a highly skilled staff of mission-focused business leaders and acquisition change agents to deliver $825 billion in Space, Air Superiority, Global Strike, Global Mobility and Information Dominance platforms. She also oversees the training, organizing and equipping of 8,000 contracting professionals, who execute programs worth over $65 billion annually.
General Trevino received her commission from the U.S. Air Force Academy in 1993 and is a joint qualified officer with extensive deployment experience in support of combat, humanitarian and peace-keeping/enforcement operations to Croatia, Turkey, Oman, Kuwait and Afghanistan. Prior to this assignment, she was the Commander of the Air Force Installation Contracting Center. In addition, she has served as the Deputy Secretary of Defense’s principal military assistant; an unlimited dollar warranted procuring contracting officer for major defense programs; and a Senior Contracting Official for United States Central Command. She has commanded two Air Force units at the squadron level; joint units at the group and wing levels; and an Air Force unit at the wing level.

Kareen Dorsett serves as Chief Financial Officer for Florida Blue Medicare. In this role, which she assumed in July 2021, she is responsible for ensuring achievement of the business unit’s strategic financial objectives, which include product line profitability and company-level capital adequacy. Direct accountabilities within that scope include strategic planning, customer volume and financial planning, key performance indicator management, administrative cost structure management, capital expenditure oversight and medical expense and network analytics. Dorsett also oversees the Supplier Diversity Office, which focuses on identifying opportunities to increase the inclusion of qualified and certified diverse suppliers in GuideWell's existing supply chain. Additionally, she co-leads the Financial Development Program to promote the development and growth of key finance and actuarial talent across the enterprise. Prior to her Medicare finance role, Dorsett served Vice President, Enterprise Financial Performance and Analysis. She has also previously served as an actuarial analyst, a consulting actuary and a managing actuary. She was instrumental in pricing our initial Affordable Care Act (ACA) products and also served as a Medicare pricing actuary and Government Markets Finance Director. Throughout her career, Dorsett has been active in community and professional organizations. Dorsett is the current Vice President for the Southeastern Actuaries Conference and has volunteered for several years for the Society of Actuaries Exams & Education Committee. She also currently serves on the Board of The Delores Barr Weaver Policy Center: See the Girl.

Five-time Olympian Lindsey Jacobellis is the most dominant SBX rider of all time. She is a 2x Olympic gold medalist, 1x Olympic silver medalist, 6-time world champion and 10-time X Games gold medalist. Her World Cup win in Germany marked 31 victories, making her the winningest snowboarder in history. For the last 20 years she has been a member of the U.S. Team and is the inspirational leader & mentor for the Super Girl Pro series. For over two decades, Lindsey Jacobellis has been shaping the sport of snowboardcross. At her Olympic debut in 2006, Lindsey took home the silver medal in an unforgettable race. Her career persevered 16 years, winning SBX competition after competition to finally return to the Winter Olympic Games victorious. In 2022, Lindsey Jacobellis claimed 2 GOLDS at the age of 36. She is the oldest American female athlete to win gold at the Olympic Winter Games.

Big Picture Media Founder and Director of Publicity Dayna Ghiraldi-Travers launched the full-service entertainment Public Relations firm in 2007in New York City. The boutique agency boasts an all-female staff of publicists that continue to be trailblazers in the entertainment PR industry. Her award-winning firm has represented hundreds of diverse artists like Sum 41, American authors, Switchfoot, The Used, All Time Low, Kansas, Naughty by Nature, New Found Glory, The Eagles, Matisyahu, Peter Gabriel, Thrice, Lil Aaron, Yanni, Travis Mills, and Sheppard. Additional household name clients include film composers like John Williams and Hans Zimmer as well as companies like Hopeless Records, Emo Nite LA, Pure Noise Records, To Write Love on Her Arms, The Village Voice, and more. BPM handles all publicity for the city Parks Foundation Summer Stage series, Strange 80sannual events, The New York, San Francisco &Los Angeles Coffee Festivals, 320 Festival with Talinda Bennington, The Bushwick Film Festival, and more. Dayna’s core vision is the backbone of a company dedicated to the client in all capacities. Dayna has spoken on panels and participated in the mentorship program at SXSW, Sundance Film Festival, and the New York Independent Film Festival. She has also held speaking engagements at NYU, Belmont, LIU, Drexel, and more to inspire the next generation of entertainment industry hopefuls. Dayna has also produced an award-winning horror film, and several music videos, and is in pre-production on her next feature film project. Most recently Dayna joined the Board of Advisors for Immersia Labs, venturing into the Cannabis/Tech space. Her energy is contagious, her ideas are boundless, and she never stops pushing herself while supporting and encouraging all of those around her. 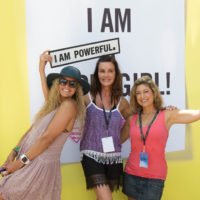 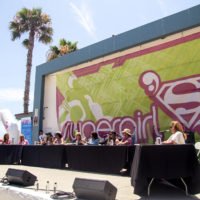 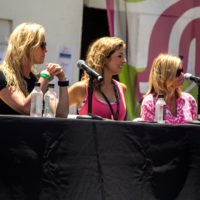 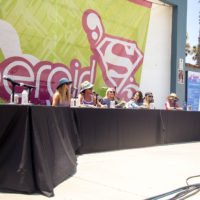 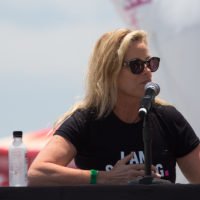 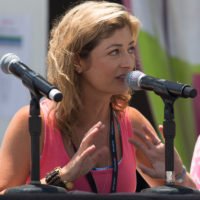 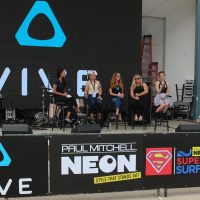 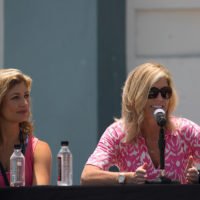 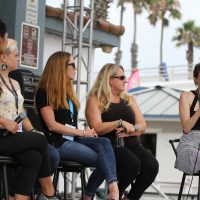 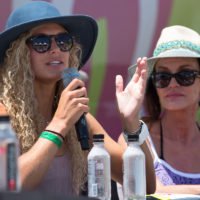